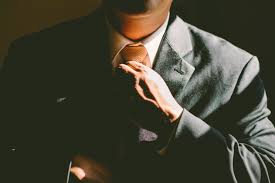 By LING LIN
Staff Writer
He opens his eyes. Inside of a red brick building, in front of a mirror, a young man is wearing a borrowed suit and tie. His palms are sweaty – he’s been nervously rubbing his hands together ever since leaving the meeting room where, twenty minutes ago, he finished his first job interview with a manager of a major company. He glimpses at the clock on the wall and quickly looks away, his heart beating faster and faster against its steady ticking. He’s passed by this building countless times in the past, but this morning was different. Today, he’d mustered the courage to push open its doors. No matter what happened, he decided, it would be worth remembering.
Time’s up. The waiting crowd gathers as a television screen powers up to display a list. The voices filling his ears are drowned out by the hammering of his pulse. He stands on his tiptoes and peers over the list.
Bob Johnson. Accepted.
The young man doesn’t believe his eyes. Dazed, he pushes his way through the crowd. He exits the building and finds a spot on a nearby lawn, lies down on the grass and stares up at the cloudless sky. He’ll tell his dad he got a job today, and they’ll finally have money to buy new clothes, wear new shoes and rent a better room…
…
He opens his eyes. Someone is shaking his body. “Bob! Bob! Wake up!” He turns over and covers his eyes with his hands. A man sets down two frayed sacks and squats beside him.
“Kid, we have to go. All the bottles we picked up this morning were only worth 5 bucks…”
He reluctantly rubs his eyes.
“Bob, please, let’s go. We need to eat tonight.”
Struggling to his feet, he sees the same red building on the other side of the street.
As he stands up, he somehow hears a bubble pop in the sky.