Boys Water Polo drops from Division I to Division IV 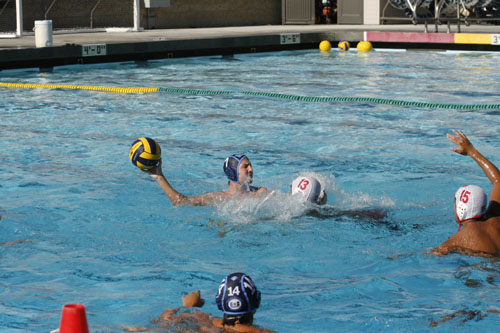 By RUTUJA SABNIS
Staff Writer
The Boys Water Polo team this year has faced a drastic change, dropping from Division I to Division IV in CIF. The drop was due to a change in CIF policy for the Pacific Coast League—rankings will now be team based rather than league based.
In the past, the UHS team’s division was based on the Pacific Coast League rankings, so it did not showcase the true skills of the water polo teams in the individual schools.
The three factors that affected this drop were strength of schedule, points earned in playoffs (or points earned for making playoffs), and percentage of wins and losses at the end of the year.  Because the water polo team was last in league for the past two years, CIF made the decision to drop the team to Division IV.
“[This drop] concerns me because I want to play for a Division I team in college, which is difficult to do if my high school team is in Division IV,” said Joseph Nagy (Jr.)
Others feel that the drop in division will help the team make it farther in the playoffs in the future.
According to Athletic Director Mark Cunningham (Athletic Dept.), the decision promotes “competitive equity” so that teams with similar strengths will compete against each other.