One: a short story 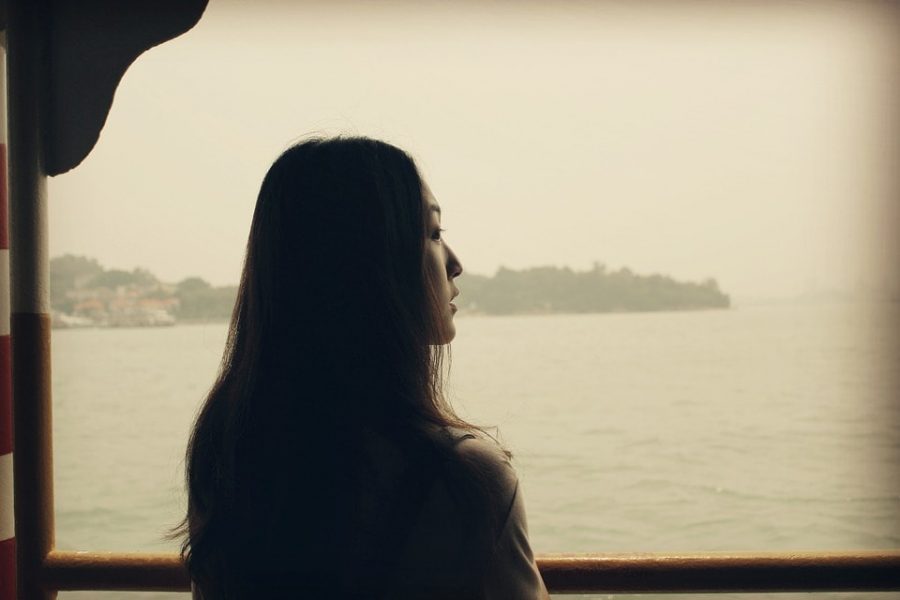 By LING LIN
Staff Writer
She looked up and saw only a bright moon hanging in the dark sky. There were no stars, no clouds; the moon was alone, like herself. The concert was over and she slipped away from the crowd, hurrying towards the performance hall’s exit. It was bleak outside, but the moonlight was soft on her pale skin, as to accompany her. She crossed her arms and trotted to the restroom, quickly changing from her red performance dress into jeans and a t-shirt. She took out the jacket in her backpack and put it on. Extra layers were always nice on a cold night.
As she finished, she heard voices coming closer – one responding to the other, one sentence always followed by the next. She wanted to leave. Among all the conversations in the air, her lonely monologue seemed so fragile and invisible. Everyone else was with family and friends, but she had nobody; she was new to the orchestra and her family was living in a another state. Self-pity is useless, she convinced herself, for you chose this path and you must swallow this.
She got into her car and turned on the radio to drown out the noise outside. It was 10 o’clock, but there were still enough cars on the road to make her wait a few rounds at the traffic light. Yet the city was gentle in the evening. There was no honking along the road and the radio was only playing soft songs. She drifted back to her apartment and washed up before getting into bed.
It was 11:41. She turned off the lamp next to her bed and kissed the cheek of the stuffed monkey in her arm. Before closing her eyes, she peered out the window, trying to capture the last moment of the day before the next began. Such a beautiful night for people everywhere, she thought, yet she sighed.