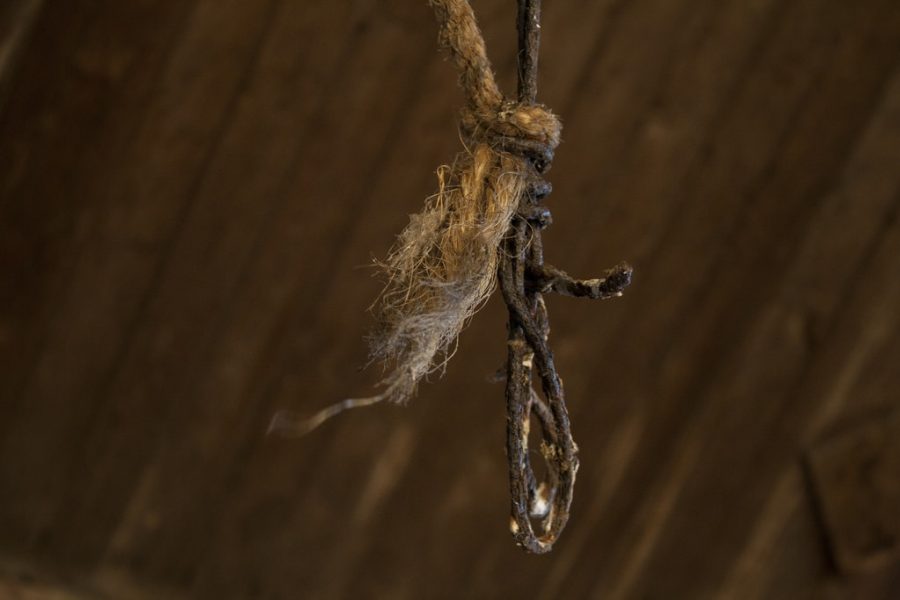 By DARRIUS ESTIGOY
Staff Writer
It all ended on the twenty-fourth day of March. Fittingly, it ended in a way McKean would have appreciated: under budget and ahead of schedule.
On that day, the breeze blew in a south-easterly direction, gently disrupting the surface of the lake surface. McKean’s body swung with a maximum arc of eighty degrees as the breeze picked up into a chill wind but tended to stick around an average of roughly twenty degrees.
McKean borrowed the rope from his friend, McKern, saving him roughly thirty dollars on the purchase of quality nylon hanging material. Having removed this necessary expense, McKean focused on the small matter of arriving at the park where he would eventually end it all.
Naturally, McKean would have preferred to drive himself to his own destruction. Parking cost three dollars per hour during the off-season, with overnight parking costing an extra ten. He expected to be found by the next day and estimated a total expenditure of roughly twenty-eight dollars, leaving him a contingency fund of two dollars.
The time was five minutes past the hour of four. McKean had spent half his contingency fund on two candy bars and was halfway done consuming one. He had paced the walkways of the park for the better part of an hour, muttering quietly to himself along the way. He had a lifetime to think about.
McKean did not fear death. On the contrary, his middle name was death. Morty Morior McKean. Everyone just called him McKean, because no one likes a Morty and death is generally avoided.
McKean sat by the lake, on a park bench where his initials had been scratched in. MMM. Someone had added a distasteful amendment to name following an ellipsis. He frowned. No point in getting all riled up, it wouldn’t matter in a short while anyway.
McKean picked out a nice old oak tree with a yellow ribbon tied around it. The branches were thick and sturdy. They could hold him.
McKean was a boy scout. He wasn’t a good one. He never learned any knots. He paid someone to prepare the knot for him.
McKean did the necessary at fifteen past four, three minutes ahead of schedule.
McKean died.