It’s All Showbiz: The Role of Entertainment Celebrities in Politics 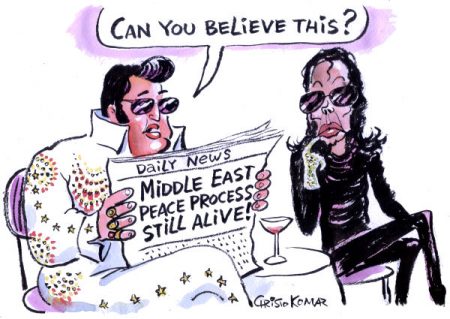 BY RAINZA ZHAO
Staff Writer
Hollywood actress Angelina Jolie recently delivered a speech to the United Nations about the dangers of nationalism. The speech was far from her first encounter with the UN, as Jolie has been working as an UNHCR Goodwill Ambassador since 2001.
However, the comment section of a Facebook video capturing the speech was not consistently supportive. “Why do people think actors have anything pertinent to say about political issues?” one commenter wondered. “Just like all the outspoken celebrities this last year, she is attention seeking and full of her own opinions,” another condemned.
Many have criticized celebrities in Hollywood and the music industry for their political activism, claiming that entertainers ought to refrain from politics.   On such case occurred when Star Wars actor Mark Hamill frequently criticizes President Donald Trump, and a government education department official tweeted that Hamill should “stick to playing Han Solo’s short little (expletive).”
Mark Wahlberg, an actor himself, has opposed celebrity involvement in politics. He commented to Task and Purpose that “A lot of celebrities did, do and shouldn’t [talk politics]” in December 2016.


According to Barbara Ellen of The Guardian, actors and other celebrities should refrain from political involvement because it is “annoying.” “I’m sure most activist-actors mean well,” Ellen writes, “but the droning self-importance makes my face itch.” However, the motivations of an individual in expressing an opinion, whether it is arrogance or a genuine desire for discussion, does not change the individual’s right to express the opinion at all. A celebrity’s self-important mindset matters little in the face of the powerful effects he or she can have in politics. Celebrities have the power bring awareness to important issues. Appearing sanctimonious should not stop someone, even someone famous, from exercising his or her constitutional right of free speech.
The belief that entertainers and politics are mutually exclusive is false. Celebrities, just like everyone else, are affected by the policies enacted by politicians. For American celebrities, their citizenship means that they have to right to share their opinions and to contribute their perspectives through political discourse.
A frequent retort to politically opinionated celebrities is that they should stick to their entertainment roles or go back to acting or singing. However, this criticism stems from the faulty belief that the entertainment industry is somehow less intellectual than other sectors, and that entertainers are not qualified or knowledgeable. This kind of elitist thinking not only invalidates the entertainment industry;  it is also the inherent opposite of democratic ideals.
The idea that only a specific kind of person is allowed to express political views is dangerous. All Americans have a constitutional right to free speech. In fact, it is often essential that celebrities with large followings to bring awareness to an issue. Actress Emma Watson’s work with the UN on the HeforShe initiative would have enjoyed far less success if Watson were not a celebrity. Watson was able to bring publicity to an issue and inspire more people to educate themselves and take action.
A more logical argument is the belief that actors may manipulate the opinions of his or her fans and discourage individuals from forming their own opinions. An article from the Washington Post asserts that “voters can use the views of ‘opinion leaders’ as an information shortcut to offset their own rational ignorance about political issues.” While such a concern is valid, it is unfair to blame a celebrity for a fan who chooses to act with ignorance regarding political issues. The responsibility to research political issues and develop a rational opinion should fall on individuals.
In order to protect celebrities’ rights to expression, they cannot be glorified as “opinion leaders.” Rather, celebrities’ political involvement should be treated as any other American’s would be. Celebrities should no longer be seen as brainwashing idols, but as Americans exercising their right to free speech and to contribute to political discourse.
Delete Image
Align Left
Align Center
Align Right
Align Left
Align Center
Delete Heading