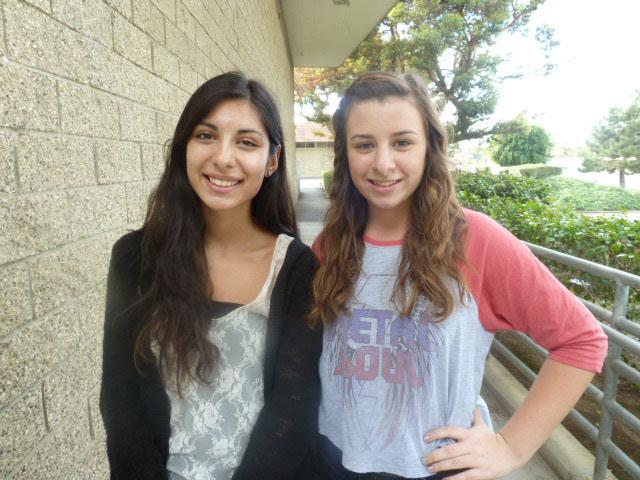 Tara Delbaksh (So.) and Tashia Ovais (So.) recently recorded a cover of “Little Talks” by Of Monsters and Men. You can listen to it here: http://goo.gl/2qb9RK.

Delbaksh said that one of their main challenges was not being able to practice many times together. Also, since the two musicians have distinct singing styles, it was difficult for them to find a song which complemented both their voices. They decided on “Little Talks” because it was a duet they knew they could sing well together.

Both girls started learning music at a young age; Delbaksh has been taking music lessons since she was seven years old, and Ovais began her musical journey at the age of four. Also, Delbaksh and Ovais have been in multiple performances, including school talent shows and concerts. Ovais’s inspirations include the singers Lorde and Daughter while Delbaksh considers powerhouse singer Christina Aguilera to be her role model.
Delbaksh said “I love singing because I don’t have to think about any problems in the world and because I really enjoy it.” Similarly, Ovais said that singing is something she truly enjoys and can express herself through.
By AMANDA DANG
Staff Writer