Engulfed in Flames: a narrative poem 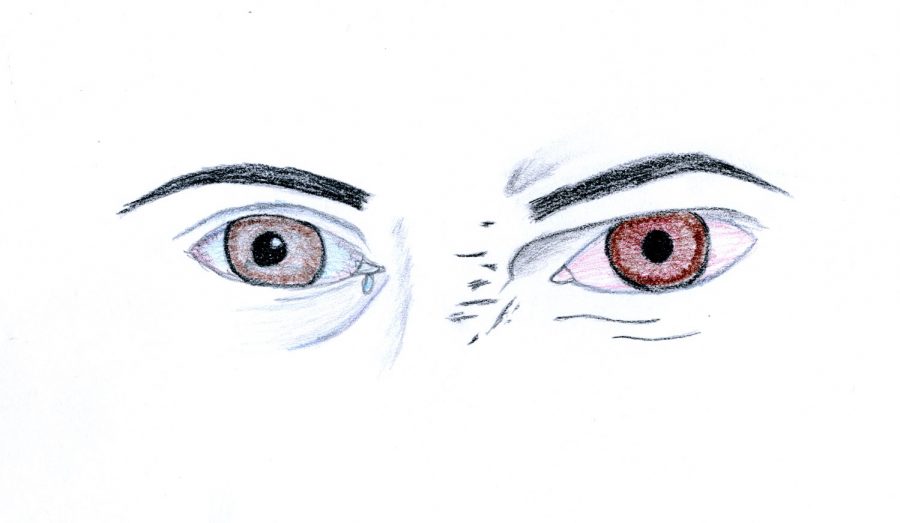 Standing atop a cliff,
the girl gazed at a burning sea.
A part of her wanted to cry for help,
but she did not know how to set herself free.

She was bound by a force so sickeningly strong,
that an ocean draped in flames did not seem wrong.
Anger had led her to light the ocean on fire;
vengeance was her evil sire.

The night before, a traveler had come with a torch in his hands.
He asked her to leave with him to distant lands.
Upon refusal of his request,
the man threatened to set ablaze her nest.
She was wrong to think of it as a hollow threat.
As her house burnt, she could only fret.

Standing there, she remembered that night,
the night her home gave off the most light.
It was the light that had reduced her house to ashes
she had silently watched, as tears crowded her eyelashes.

He had come in search of a wife,
only to have destroyed a part of her life.
She could not control her tears;
the scene she saw within her evoked only fear.

How? Why? What could he have possibly gained?
If anything, her happiness he had most definitely drained.
But was she to let the traveler simply walk away?
For this treacherous act, a fine was he not to pay?
Simple repentance would not change the sight before her.
She needed to take action, of that she was sure.

As she saw the pillar of her home fall,
she turned to leave this hellish site once and for all.
But a cry froze her in place.
A look of horror crossed her face.
The cry was a call for help,
a plea desperate and final.

She hoped she was wrong,
That her ears had played a sick trick on her.
But she wasn’t kept in the dark for long.
As she turned, the house collapsed.
Leaving her with only a split second to see his face

That was enough to break her
And maybe it had broken her,
But in that instant,
A flame of pure anger burned.
Vengeance was all that she yearned.

For now,
her anger stemmed from grief
of much more than a burning home.
Within the burning home someone was trapped.
It was grief of losing her brother.

The crackling of flames upon the tide broke her trance.
Harsh winds blowing simply aggravated this Hellish dance.

It was then that she saw,
One of nature’s most cruel laws.

A single spark which was born in her palm
Now spread across the sea which was once calm.
One man’s anger had given birth to so much.
A viscous cycle of vengeance had been created by his touch.