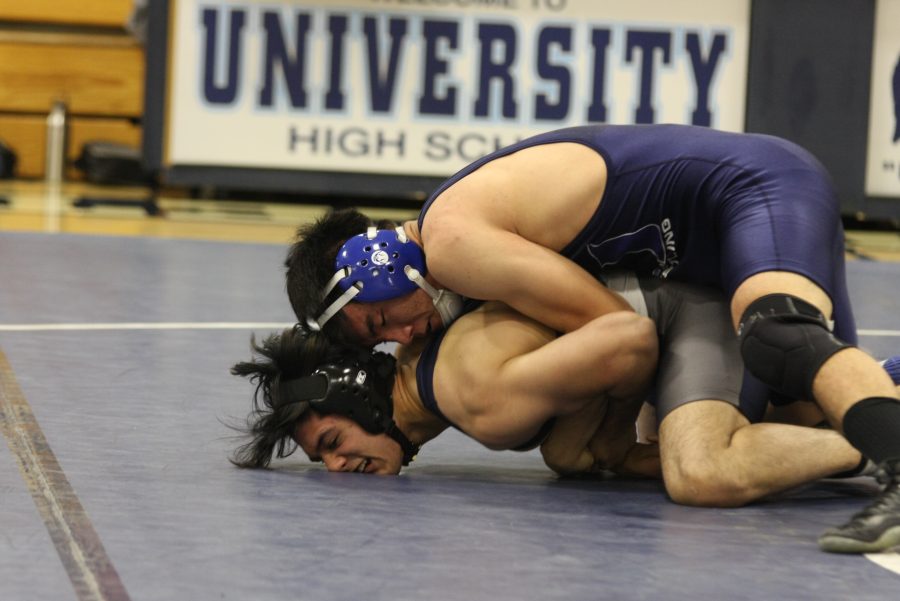 Varsity and JV Boys Wrestling won against Northwood at home with an overall score of 78-3 Wednesday evening.
JV weight class 106 had a rocky start in the initial rounds until sophomore Ian Proctor of weight class 170 successfully escaped a takedown from his opponent and striked back with a pin.
“It was okay; I didn’t do my absolute best but I tried hard and it worked out” Proctor said.
Subsequently in the varsity round, senior captain Ethan Chin of weight class 145 performed well, dominating the match with an immediate takedown.
Coach John Farah spoke highly of Ethan Chinn not only for his commitment but also his humbleness.
“I’m proud of one of my 145 pound champion, Ethan Chin. [He] was dominating every single match,” Farah said. “[Chin] is humble toward coming in everyday to work.”
Despite the crushing victory, the team still felt there was room for improvement.
“I feel that some of the varsity guys really needs to work harder.. and we need to work harder but overall I’m happy that we won the match,” Chin said.
Coach Farah further added to this sentiment.
“I feel like we did a good job on the varsity level,” Farah said. “We just need to be a little aggressive and work on simple moves and get to where we want to be by the end of the season.”