A Criticism of America’s Justice System: The Cash Bail System 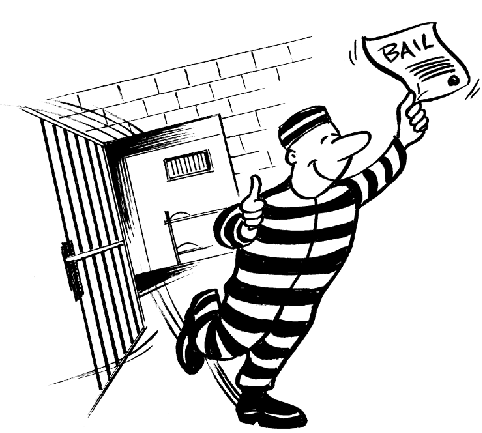 The United States of America is considered to be the flag-bearer of democracy around the world and this belief is said to carry over into our justice system.
One of the most sacred principles in our justice system is the presumption of innocence and that the prosecution has the burden to prove that the defendant is guilty of the crimes they were accused of committing. In addition, the 14th Amendment of the U.S. Constitution states that no state shall make or enforce any law which shall abridge the privileges or immunities of citizens of the United States; nor shall any state deny within its jurisdiction the equal protection of the laws. This equality under the law no matter creed, class, or color comes into serious question when examining money bail.
One of Democratic Presidential Candidate Kamala Harris’s main talking points revolves around reforming the injustices that are ironically being committed in America’s justice system. Among plans to legalize marijuana, eliminate the death penalty for federal crimes, and end the federal mandatory minimum sentencing, Harris wants to eliminate the cash bail system.
So, what is bail?
Bail is a security, such as cash, a bond, or property that is given to a court in exchange for being released from jail. This allows the courts to incentivize people into showing up for their trial. If the defendant shows up for their trial, their bail is returned to them.
Bail allows defendants to return to their normal lives while also providing a monetary incentive for them to show up to their trial.
However, this system actually results in widespread discrimination against those who do not have the financial capacity to afford to pay the bail. This results in people who could very well be innocent having to stay in jail until they are brought to trial which could last anywhere from a few weeks to multiple months given the complexity of the case.
According to The Atlantic, more than sixty percent of the people locked up in America’s jails are awaiting trial, and as many as nine out of ten of these people remain in jail because they cannot afford to pay bail.
Additionally, National Bail Out, a collective group of thirteen organizations which advocate for the end of the money bail system, reports that 700,000 people are behind bars every single day simply because they do not have the money to afford to post bail.
Even people who are convicted of minor crimes such as shoplifting spend somewhere between a few days to weeks in jail because they don’t have the means to pay their bail.
While spending two or three days in jail might seem inconsequential, it can actually lead to a variety of serious consequences ranging from losing one’s job to even losing custody of one’s child.
This system of bail does not just discriminate against the poor. It discriminates against minority groups, and specifically, African Americans.
According to a study published by Princeton University, African Americans are more likely to experience police force, more likely to be charged with a serious offense, more likely to be convicted, and more likely to be incarcerated. On top of that, black defendants, on average, are 3.6 percent more likely to be assigned monetary bail than white defendants and when given monetary bail, the amount is $9,923 greater.
This leaves families and friends with a difficult choice: leaving their loved one behind bars, or finding another way to get them out. That other way is making financial agreements with bail bond companies.
Bail bond companies cover the cost of the bail in exchange for a non-refundable portion of the total bail which is usually around ten percent. While this may seem beneficial, the families often lose that ten percent, as that portion is non-refundable and bail bond companies also try to get their money back and make a profit via loan installments and fees, leading to further financial and economic burdens.
In response to these issues, California, on August 28, 2018, passed into law a bill that officially ends the usage of cash bail. Local courts will now decide who to keep in custody and who to release via the use of an algorithm. While other states, including New Jersey, have taken action to reform the bail system, California currently remains the only state to officially ban the use of cash bail.
In response to a lack of sufficient legislative action being taken by the states and federal government, organizations like The Bronx Freedom Fund have developed a simple, yet ingenious method to tackle this problem of discrimination in the bail system. They created a cash fund via different methods of financing in which they use that cash fund to pay the bail for those that cannot afford to pay it. Then, the defendant for whom they paid for, shows up to their trial date and the money is returned to the fund to help even more people.
The Bronx Freedom Fund reports that 96 percent of their clients return to all their court dates, despite the fact that their own money is not on the line. In one year alone, the Bronx Freedom Fund has paid the bail for one thousand people and is continuing to do so.
Despite these advancements being made, many people are largely unaware of this problem and the extent to which it affects people. The extent to which race and financial status play a role in our justice system is a testament to the state of justice in America and raises the question: can America really call itself the flag-bearer of democracy?