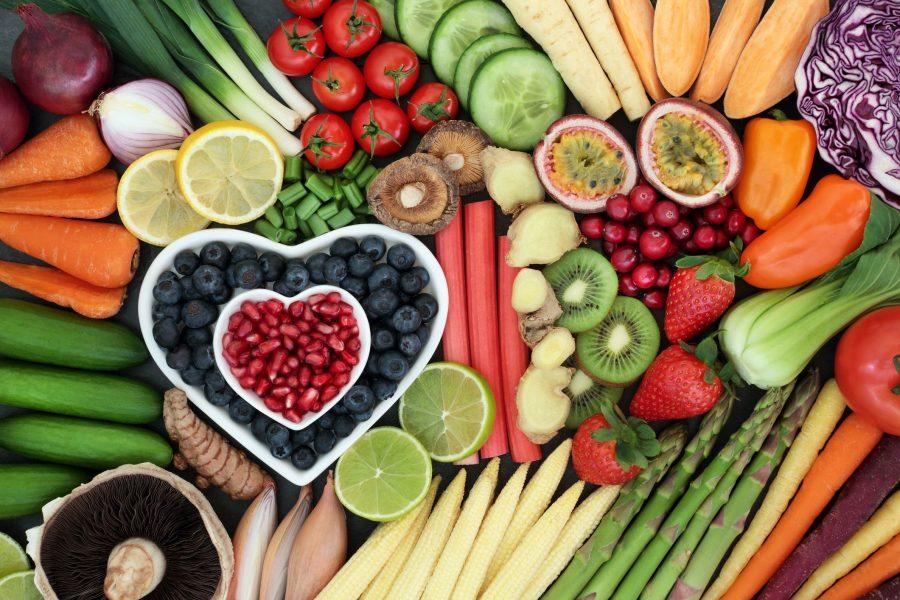 A survey conducted by the Centers for Disease Control and Prevention’s National Center for Health Statistics (NCHS) found that 49% of American adults tried to lose weight at some point between 2013 and 2016. More people are becoming unsatisfied with their current body weight. Standard healthy body weight is not the goal for most of them, and their pursuits for a skinnier body shape have led them to become less healthy. Around the end of the nineteenth century, Americans began shifting from lifestyles that celebrated plump body shape to ones that were supposedly promoting physical health and weight-loss (CBS News). In the last decade, more people chose to follow this popular trend of planning better daily routines and healthy dietary choices. According to the thirteenth Food & Health Survey released in 2018 by the International Food Information Council (IFIC) Foundation, 36 percent of Americans reported following a specific eating pattern or diet, about two-and-a-half times the number (14 percent) from 2017. This staggering number reflects people’s increasing need for a healthier body and less body weight.
However, without proper instructions from dietitians, some diets that effectively facilitate weight-loss can cause multiple health problems and turn out to be harmful instead of beneficial.
The most popular diets are always the ones that reduce carbohydrate intake, such as the ketogenic diet. According to Molly Devine, director of nutrition for Trumacro Nutrition, a representative for KetoLogic, and founder of Eat Your Keto, “the ketogenic diet has gained popularity in the past year(s) due to its rapid results for weight loss and improved energy.” The Ketogenic diet emphasizes high fat and protein intake, and as the amount of sugar present in the blood drops to a certain level that can no longer sustain normal body activities, the body begins to metabolize fat in a process called ketosis (WebMD). Although the ketogenic diet leads to quick weight-loss, it also leads to side effects that may damage one’s health. A 2018 study presented at the European Society of Cardiology Congress found that people who limit their carb intake had a 32% higher risk of dying than those who eat more carbs. The threatening impact on health has almost no impact on people’s dietary choices. Rather than quitting such a harmful diet, people are surprisingly consistent with their dietary choices, probably due to the observable effect of ketogenic diet on their body weight. Improving health seems to no longer be the primary reason that people adopt a certain diet, losing weight and having a more appealing physical appearance are starting to surpass the value of being healthy, especially among young people.
Not all popular diets have negative impacts on health; even the ketogenic diet can be healthy and sustainable in the long run. According to Devine, “A well-formulated ketogenic dietary intervention with the help of a medical professional, such a registered dietitian, can be quite effective at improving health, reducing weight, improving cognitive function” (Devine). Just like the ketogenic diet, most diets can be beneficial for health while being effective on weight-loss. A personalized dietary plan issued by a dietitian can be helpful to any individual. Nevertheless, not all dieters have a dietitian who can modify their dietary plan. In fact, most people get their dietary instructions from unreliable sources. When explaining why a beneficial diet can become harmful, Devine referred to the influence of,  “internet blogs, Facebook groups, and media influencers, [which causes] many people approaching this highly beneficial way of eating in the wrong way”. Internet sources that recommend certain types of diet are not dietitians. They do not know the health problems that their viewers have and are not responsible for any negative effects of those diets. The writers and contributors of most of the online sources are not as fully informed and well trained as registered dietitians. Their credibility can be questioned and their dietary suggestions may contain flaws.
Some celebrities are also responsible for the popularity of unhealthy diets. When choosing a certain diet, people may not consider whether the weight-loss plan of a physically appealing celebrity is healthy or not. According to Lisa Dorfman, RD, a dietician, mental health counselor, and spokeswoman for the American Dietetic Association, “they just like the way she looks and they’d like to look like her, too”. Young dieters who are not concerned with their physical health will ignore the warnings given by reports and studies. They prefer the diet that can achieve their goals of having the same body shape as celebrities rather than the one that is the healthiest.
Diets under instructions from dietitians can promote health, but the pop-culture approach to diets can have the opposite effect. Adopting certain diets without consulting a dietitian may not be the best way to improve eating habits or to lose weight. Instead of accepting a type of diet directly from the internet or from recommendations given by celebrities, people who are interested in improving dietary choices should ask a dietitian who can design a personalized dietary plan according to one’s health conditions.