Hazing in the NFL: Is it really necessary? 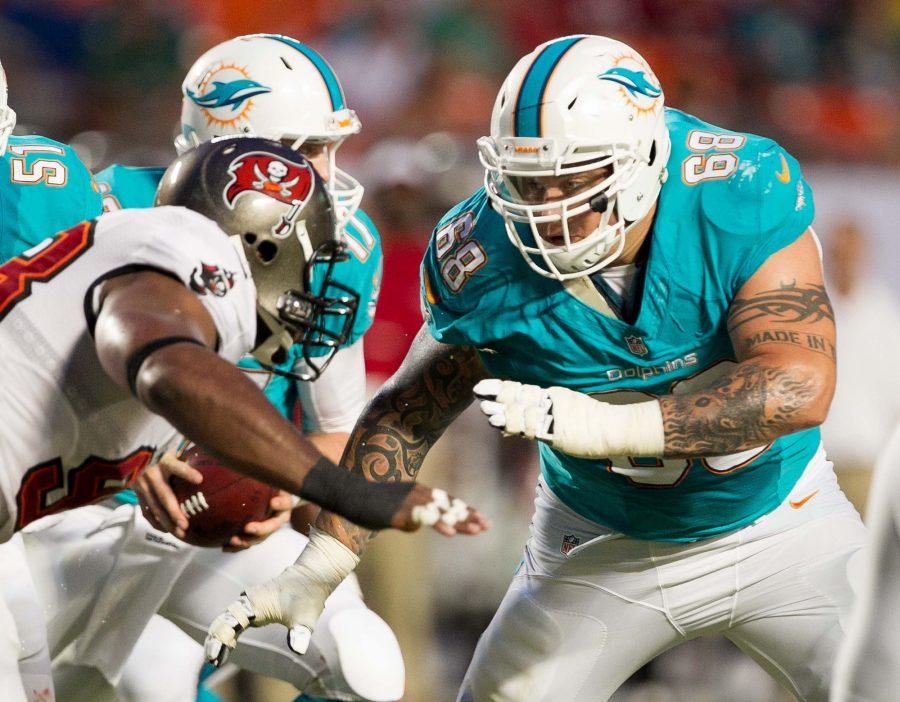 Hazing is an act of harassment, abuse, or humiliation used to initiate a person into a group. Many believe that it is inappropriate, but this practice has been common in many athletic activities. Is hazing really necessary in professional sports teams? Some coaches in the National Football League (NFL), like Andy Reid of the Kansas City Chiefs, have cracked down on this behavior. Reid maintains an anti-hazing policy in the Chiefs’ locker room, explaining the team’s success and focus on winning this year (USA Today).
Hazing can create problems outside of the locker room which distract the team. Players who have hazed others are seen as selfish rule-breakers who show apathy towards the team.
Recently, Miami Dolphins guard Richie Incognito was accused of bullying teammate Jonathan Martin as an action of hazing. Martin has reportedly left the team due to the excessive bullying. Incognito’s resulting suspension and Martin’s absence most likely means that the two are done playing for the Dolphins. Martin said he needs a break from football and wants to continue his NFL career in the future, but not with the Dolphins (NBC Sports).
The publicly announced scandal started with a vulgar voicemail left in April 2013 on Martin’s phone. The voicemail was sent from Incognito and contained racial slurs and offensive words directed towards Martin and his mother. Martin said that going to practice was “hell” because of the bullying. Other Dolphins players said that Incognito and Martin seemed like the best of friends and no one had any idea of the bullying. Incognito has apologized for his actions in an exclusive interview with Jay Glazer, claiming he was unaware that his words were offending his teammate and friend (FOX Sports). Even though Incognito may have meant his words as a joke, he clearly crossed the line.
Some players in the NFL argued that Jonathan Martin should have dealt with the issue himself by directly approaching league officials. Some believe that Martin was too sensitive about the issue of locker-room talk. Others believe the opposite: Martin must have been dealing with a serious case of unbearable bullying. Incognito, known for his aggressive personality, has a history of violence on and off the field. He has been fined and reprimanded by the NFL multiple times for personal fouls on the field (USA Today).
The NFL has had hazing occur in the past. New York Giants cornerback, Prince Amukamara was tossed into a cold tub by teammate Jason Pierre-Paul in August of last year. In fact, the scene was caught on video and uploaded to YouTube, containing the use of the n-word by Giants players (USA Today).
Hazing occurs almost everywhere, regardless of sports level. Rookies and players that are “soft” are often subject to hazing in the NFL since players use hazing to make the victim tougher and more experienced (ESPN). Many are afraid to take any action against harassers. Players that are culturally and physically different from others are also targeted as victims.
The culture of hazing in the NFL must change because it is rapidly becoming a problem. Hazing can result in depression or even worse, suicide. It simply does not belong in any sports team and should be prevented at all circumstances. All teammates should be seen equally and respected as people and players.
Written by KYLE ITO
Staff Writer