To Be or Not to Be: How The Theatre Community Responds to a Pandemic 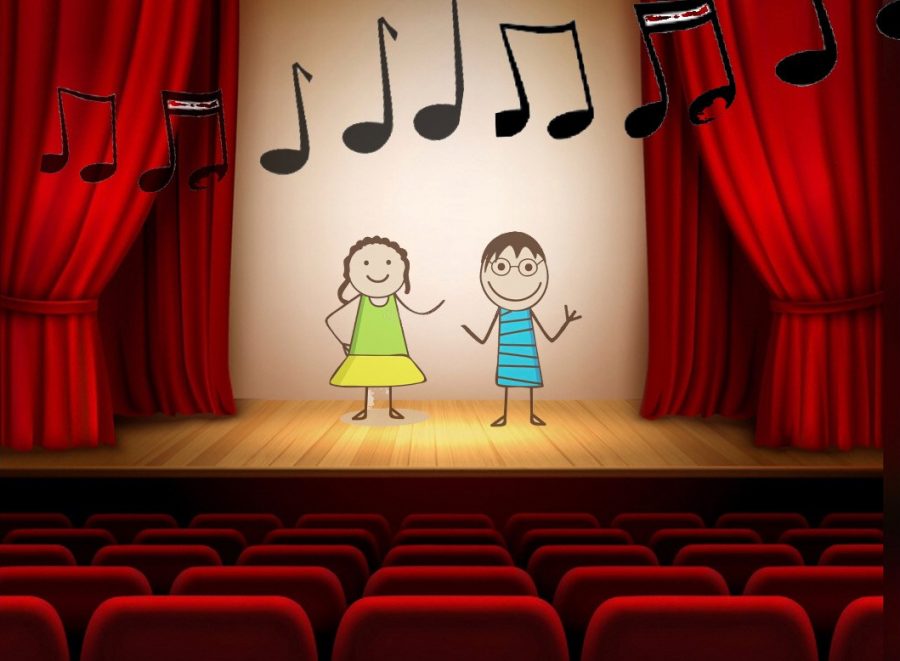 The theatre community has come together artistically despite the obstacles presented by the COVID-19 pandemic (Yazmin Angulo).

The question of whether or not to continue producing and engaging in art is a reality that many theatre companies have to face during these precarious times. Student artists and professionals alike face the uncertainty of a future in the performing arts.

At the end of last year, UHS Theatre Arts hosted a cabaret type show, “The Rona Show”, held virtually via YouTube streaming. Performances ranged from songs of hope to dramatic monologues. Senior Sydney Spencer said, “The Rona Show was important because it established this feeling of normalcy when we really didn’t know what was going on. It gave us a chance to say goodbye to the seniors and provided a sense of closure for the school year.”

So much of the draw and appeal of theatre comes from the intimacy of sitting amongst others and collectively focusing your attention on the art onstage; what happens when you lose that element? When you take away the closeness of not only the audience but the performers? A production of Godspell in Western Massachusetts might have the answer.

The complexity of this particular piece of theatre easily lends itself to a variety of different settings. Godspell has been re-staged in a refugee camp, a homeless population, and now a pandemic. Performers wear masks, dance behind partitions, and social distance. They disinfect instruments, and actors have their own makeup supplies as every possible precaution is taken to ensure the safety of everyone involved. Despite all of these safety measures, beauty is found on stage. The realization that these people are doing what they love despite the world being in shambles around them is genuinely beautiful.

Theatre industry professionals are currently facing an intense and ever-growing problem: unemployment. The collective decision for Broadway to go dark until 2020 cast a shadow over the hopes and futures of many of these artists. A beloved Broadway actor, Nick Cordero passed away due to COVID-19. The community mourns not only his death but also the possible death of the industry they love so dearly.

An Instagram campaign that began with an actor posting some images of her favorite costumes over time, set off a stream of love for Broadway costume designers and creators. In light of the Black Lives Matter movement, actors from the critically-acclaimed Broadway production Hamilton aired a Disney plus exclusive interview where conversations of race and the relevance of their production at this time arose. People are coming together – not physically, but artistically.

Until gathering together to embrace art and relish in its beauty together is possible, artists are staying resilient. High school students with drive and a love of theatre continue to pursue their understanding of why theatre continues to be important. The cure for lost opportunities in the world of theater is to ensure that the younger generation is educated and passionate about its future going forward.