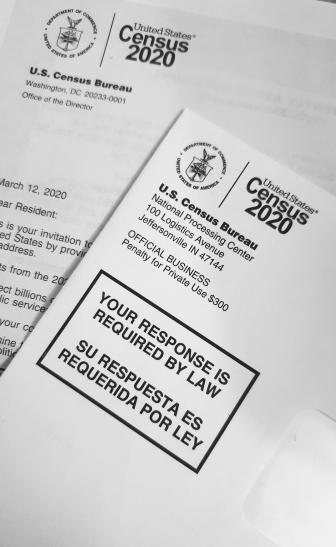 Census responses by mail will form a significant portion of responses, similar to the 2010 Census.

The 2020 Census will accept responses online and through phone calls in addition to the mail format used in the 2010 Census for the first time in history. The total percentage of responses received by Americans has reached 66.2% of the population, including those counted in nonresponse follow ups and self-responses, with the deadline for census completion on September 30th.

According to the UCLA Center for Neighborhood Knowledge, the 2020 Census self-response rate began to fall behind that of 2010 in late March, around the time the government issued heavy social distancing guidelines. The pandemic prompted the digitization of the Census, leading many to believe that its new improved accessibility would increase census responses.

Although the 2020 Census self-response rate continued to lag behind 2010, the difference in the two response rates gradually decreased from 11% in April to 5% by June, according to the Center for Urban Research (CUR).  As of September 23, the total percentage of U.S. self-responses is 66.2%, compared to the 2010 Census’ final percentage of 66.5% self-responses. This year’s census, like in previous years, will provide critical data for the implementation of national services in the upcoming decade.

“I do think that the Census is important, because it provides information to the government and other private agencies about where people live and what services they need,” UHS science teacher Ms. Valerie Thompson said. “Having accurate numbers is essential for the planning of voting districts, correct distribution of financial allocations, and adequate emergency response preparation.”

The Census asks twelve questions about the U.S. resident and those living with them on April 1 of this year, containing questions on sex, race, and homeownership/renting status. The form is thus able to gather the population statistics required for national services, including voting, and that contribute to the decision of each states’ amount of representatives in Congress.

“It is vital to get an accurate count of the citizenry every ten years. I wish it were more often, actually,” UHS English teacher Mr. James Garcia said. “Our voting power as a community is determined by the Census. Voting is everything.”

“It is important every decade. It is enshrined in the U.S. Constitution,” Pate said. “As a nation ‘of the people, by the people, and for the people,’ it is immensely important to know who the ‘people’ are. The census helps us with that.”