Changing the Narrative: A Closer Look at Mayor Christina Shea 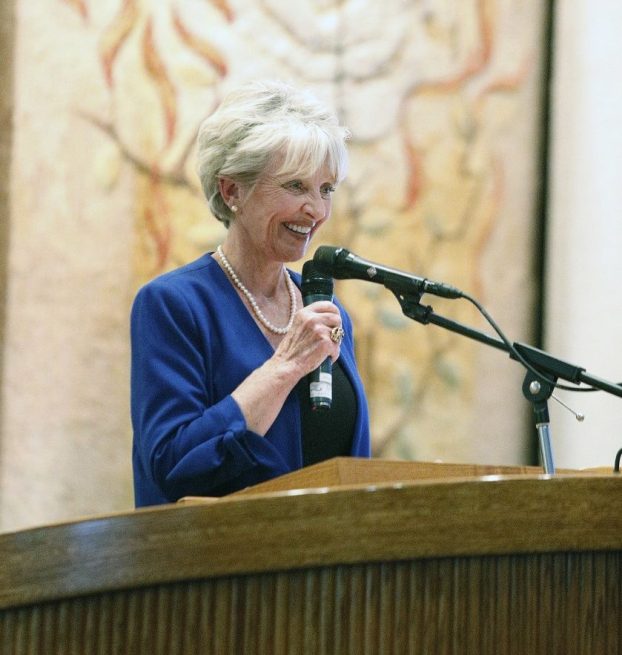 Deeply ingrained in human nature is our susceptibility to emotional appeals, but what happens when we are flooded by an endless stream of them on a daily basis? How do we recognize what is true and what isn’t anymore? Simply tweaking the narrative creates new stories,  stories that some may find more appealing. By controlling the narrative, you control the reaction you want to have from people.

A good narrative requires a rational yet compelling story. However, it also requires the identification of characters as either protagonists or antagonists, good guys or bad guys. When people are pitted against one another, the only possible winner is the author of the narrative.

Irvine has been fortunate to have been served by outstanding mayors that led with energy and vision, alongside dedicated city managers and their professional staffs. The Irvine Mayoral Election on November 3, 2020 has four main candidates: Christina Shea, Katherine Daigle, Luis Huang, and Farrah Khan. Each candidate is not listed by party on the ballot and identifies as nonpartisan.

In recent weeks, Shea has been facing growing criticism over a series of scandals jeopardizing her reelection. From online articles to Instagram stories, Mayor Shea’s narrative has been tweaked and exaggerated, and her true motives need to be brought to light.

Following the election of Donald P. Wagner to the Orange County Board of Supervisors in 2019, Christina Shea became the first unelected Mayor of Irvine. Shea previously has been involved in Irvine politics for almost three decades, being first elected to the Irvine City Council in 1992 in a landslide victory.

Recent accusations of Shea criticizing protests put her under fire, with comments and backlash to her candidacy. In a “Mayor’s Corner” video, Shea said: “Protesters are burning cars, throwing projectiles at our police officers, breaking windows, looting, violating the law and undermining our community peace.” Shea stated she will not tolerate such protests in Irvine.

Many viewed Shea as being against the Black community and denying individuals their basic First Amendment Right. However in the same video, she stated: “My focus is to assure residents that I will do everything to discourage violence and unrest, but rather to promote effectuating change in the right way and the peaceful way.” She made it clear on the Mayor’s Corner video series that, “our city stands against police brutality and actions similar to those that led to the egregious death of George Floyd.” Mayor Shea was never against Black Lives Matter and peaceful protesting. In fact, she supported it. She was against having our residents of any race, political affiliation, or career, feel pitted and hated by the community. Unpeaceful protests, such as those she commented in her video, was what she was against.

It is completely necessary to speak for the protection of our democracy as the fourth pillar of our government. But this does not mean riots are effective solutions. Rioting—or other violent resistance—does not always make people’s lives better. Desiree Barnes, former aide to President Obama, gave a powerful, must-watch speech to New York citizens who began looting stores below her apartment. She said: “For every single person out here protesting, remember, there’s three homeless men who rely on that as a charging station. Will it even work now?…There are people out here who work in these bodegas; who are security officers, who are maybe not descendants of slavery, but came over here as immigrants to do their jobs. And you created an unsafe goddamn environment”, per ABC News.

Many use the George Floyd protests as an excuse to ransack parts of the city. Infrastructure has been broken down, stores demolished, and other important parts of the city set on fire. For homeless people who sleep on these streets and in the parks in the area, these demonstrations have led to injuries and disruption. Attacks against people experiencing homelessness have been reported in other cities, such as the report of a man punching and shoving a homeless man after protests in Portland, Oregon, from a Street Roots News report. Or the Los Angeles Daily News report that police shot a homeless man in a wheelchair, or the viral video showing a crowd setting a homeless man’s mattress on fire in Austin, Texas.

How could one support rioting against police brutality and racially motivated violence when it causes even more wounds to those who need support the most? Shea’s opinion against unpeaceful protesting is clear.

In addition, Shea has recently been accused of manipulating the culture of minorities, particularly Hindu Indian Americans, when she posted a video on the City of Irvine Youtube channel celebrating the festival Raksha Bandhan. Raksha Bandhan is a ceremony celebrating the love between brothers and sisters. On this day, sisters tie a “rakhi”- or bracelet- on the wrists of their brothers and pray for a long and safe life. However, she said in the video that, “on this day, our Hindu community also recognizes our brave police force, first responders, medical personnel for their bravery and sacrifice to protect our community.”

Immediately, her approach was flooded with hatred and skepticism. Some suggested that she used this holiday specifically for her political agenda, but this is not the case. According to board members at Mandir – one of Irvine’s biggest Hindu temples – Shea celebrated Raksha Bandhan solely upon requests from the Indian community. Never mind that this was the first time the holiday ever got acknowledged by the city of Irvine. Never mind how she attended all of the religious festivals at Irvine Mandir when invited and played a large role in the set-up of Haveli, another Irvine Hindu Temple. Never mind how once re-elected, she promised to make a cricket ground and set up a Hindu community center.

Can we completely claim Shea as the antagonist she is portrayed to be?

When it comes to politics, everyone is entitled to their own opinions. In working for social justice, the stories we tell can be a powerful tool in shaping the public opinion and influencing policies. Christina Shea may not be your top choice when checking the mayoral ballot on November 3. But remember, it is vital that we develop mechanisms for understanding our responses to the narratives we encounter. We are taught to think critically. At no time in our history has that skill been more necessary.