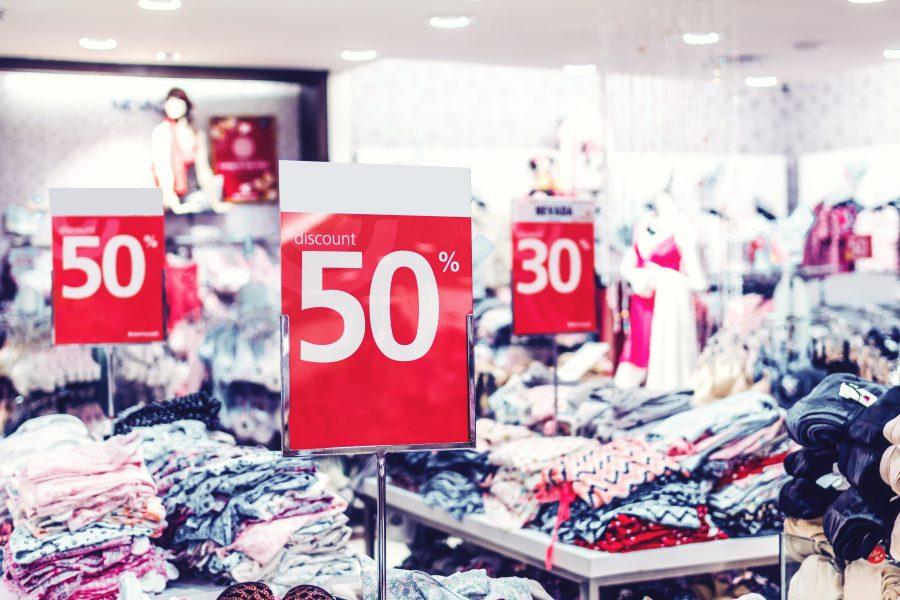 Stores typically hold one of their biggest sales of the year on Black Friday. (Artem Beliaikin from Pexels)

When you think of Black Friday, you might think of hectic crowds, lines that stretch around stores, or that great deal you got one cold November night. So how did this day come to be? And why name it “Black Friday”?

Historically, the term was used to describe situations that were extremely different from the Black Friday people know today. One of the first uses of the term Black Friday  can be traced back to Friday, September 24, 1869. According to Ben Zimmer, a columnist for the Wall Street Journal, Black Friday in 1869 was when James Fisk and Jay Gould, two investors, attempted to gain control of the gold market so that they could manipulate the price, which eventually led to a financial crisis that bankrupted a large amount of the population. This event gave the term “Black Friday” negative connotations, which is a common theme in the later uses of the phrase.

Back in the 1950s in Philadelphia, police officers used the term to refer to the day in between Thanksgiving and the Navy-Army football game on the following Saturday. While the increased foot traffic meant that the police would have to work extra hours to deal with the crowds and increased shoplifting incidents, it also meant that the stores in Philadelphia made more money than usual that day as tourists and people from the suburbs came into the city. However, shopkeepers did not want to associate their best sale day with a negative term. As a result, in the 1980s, a myth emerged that the name “Black Friday” was coined to describe the time of year when stores went from being in the red, which symbolizes economic loss, to being in the black, which represents financial gain. This story was popularized by retailers, making the day after Thanksgiving the biggest shopping day of the year and the beginning of holiday shopping.

One thing that differentiates Black Friday from all other shopping days is the surges of crowds that come into stores to take advantage of the sale prices. This year, stores had to prepare to satisfy the masses while still maintaining the safety procedures necessary to prevent the spread of coronavirus. These procedures include a mandate issued by Governor Newsom which requires stores to stay at 20% capacity and maintain the mask and 6ft requirements.

“We aren’t sure how the turnout will be since the sales will start on Friday morning at 8 A.M., not the night before,” Irvine Spectrum Old Navy store manager Cait Jaggli said.

In addition to following the instructions of California’s governor, Gavin Newsom, stores have made individual efforts to keep the crowds small and safe. According to a U.S. News & World Report article, many stores have extended the duration of sales, encouraged online shopping or curbside pick up, and even added shopping appointments where shoppers can come at designated times to avoid big crowds and long waits.

Despite Governor Newsom’s and shopkeepers’ efforts to keep the Black Friday crowds small, there is no definitive answer as to how Black Friday will play out. These worries have been straining on the employees who could be exposed to the virus during Black Friday.

“To be honest, all associates are worried about our health and safety every day just because we aren’t allowed to enforce wearing masks or social distancing in our store,” Athleta employee Lara Shahabi said. “I feel like we’ve all been desensitized to the actual risk we’re being put through. Nonetheless, my coworkers and I are a bit worried about the number of cases in our area and how much of a risk it is to be open on Black Friday.”

Orange County recently entered the purple tier in terms of coronavirus severity and the LA Times has reported a 154.9% increase in cases in Orange County from two weeks ago. As a result, areas that draw big crowds, such as stores, are considered high-risk locations. This means that many people will be choosing to stay home this Black Friday despite their previous traditions.

“For the past couple of years, Black Friday was sort of a time [when] I could catch up with my cousins […] so it became a small tradition to head out to the Spectrum on Thanksgiving night,” junior Ryan Fahimi said. “This year, the risk is too high for my family even to fly in, let alone go Black Friday shopping.”

Once again, COVID-19 restricts an annual event, which will be more common as the holiday season comes up. While some find it frustrating to miss out on the in-person deals or just the overall experience, other UHS students have remained unaffected by the coronavirus restrictions or have chosen to use the new online opportunities available.