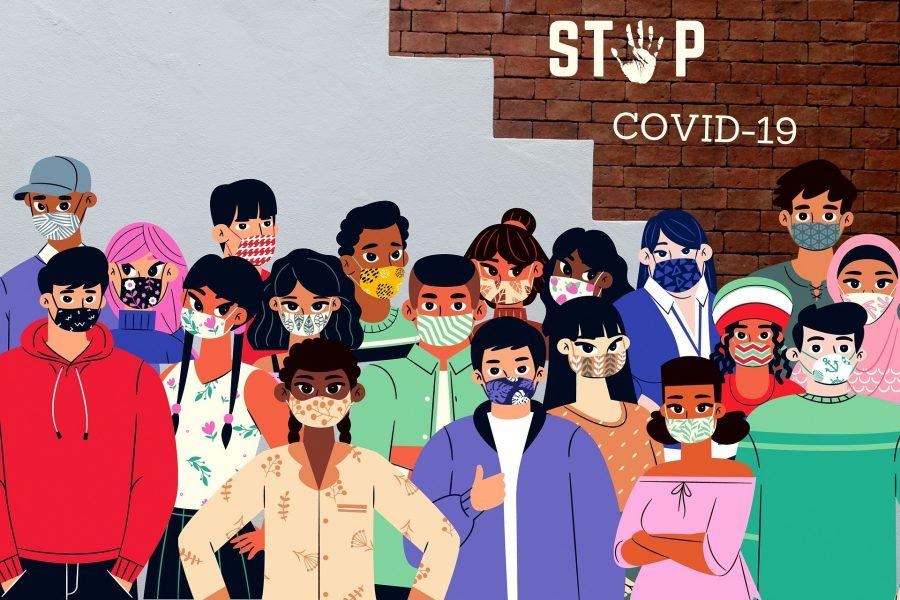 StempowerHer, Access to Art, and Code Red are just a few clubs that have had to modify their volunteer events this year (Pixabay).Volunteer clubs have long been an integral aspect of University High School’s culture. They have allowed for numerous opportunities, not only for individuals to give back to the community but also for them to build their own community in the process.
However, with restrictions in place due to the pandemic, the traditional paths that these clubs have usually adhered to have been obstructed. Now, many clubs face daunting hurdles and challenges that they must overcome to carry on their volunteer events. This is undoubtedly the case for StempowerHer, a service club at UHS working towards empowering women in STEM.
Senior Susanna Mathew, the president of StempowerHer, has especially felt the effects of these barriers on the club’s functionality.
Traditionally, StempowerHer would have volunteer events at the local library where elementary school students would perform science experiments under the supervision of high school volunteers. However, these volunteer events were “contingent on multiple participants being together in a small space, discussing things, and working through problems with physical materials that were often shared,” according to Mathew; and this was strictly prohibited as per state regulations.
Furthermore, this was not the only club with which she faced this problem. Mathew had to deal with the same problem as the president of another UHS club: Code Red, a service club working towards ending period poverty and stigma.
“In Code Red, traditional volunteer events would feature a lot of passing things around between multiple people due to the assembly line structure of the event,” said Mathew. “We would always have a bustling room of volunteers trying to help out between packing stations and restocking.”
With the new restrictions that the pandemic has brought around, passing around objects without precautions and holding events in libraries was not possible. Mathew and her fellow club members had to adapt. They had to redefine what their volunteer events entailed, and this proved to be complicated.
“Since we no longer had a space to conduct physical volunteer events for StempowerHer, we ended up revamping our concept entirely,” Mathew explained. “We ended up deciding to make videos demoing the science experiments that we would normally conduct in-person and sending them to our students.”
Although this did not have the same effect that traditional events had, these videos served as a more COVID-friendly outlet for these volunteer events to continue.
Moreover, by modifying the packing part events of Code Red to include safety precautions such as limiting the number of people in each event and using gloves, Mathew and her board members managed to remedy the complications surrounding their volunteer events
Furthermore, another club that had to go through a similar process is Access to Art, a service club aiming to increase student exposure to the visual arts through free art and art history lessons. Sol Choi, one of the Presidents of Access to Art, described the initial issues that he and the board faced.
In typical events, “we used to go directly to local libraries, schools, and outdoor areas and we would teach kids how to draw according to a specific lesson we planned out,” Choi said. However, with all the COVID-19 precautions, they had to put a halt to all their volunteer events. They had to get creative to adapt.
Choi and his fellow board members had some trouble configuring how they would adjust, and this took them some time. In his own words, they had to “completely redesign and revamp Access to Art’s volunteer events.” They even went to the lengths of establishing a new board, after which they started brainstorming on what they might be able to do as alternative volunteer events.