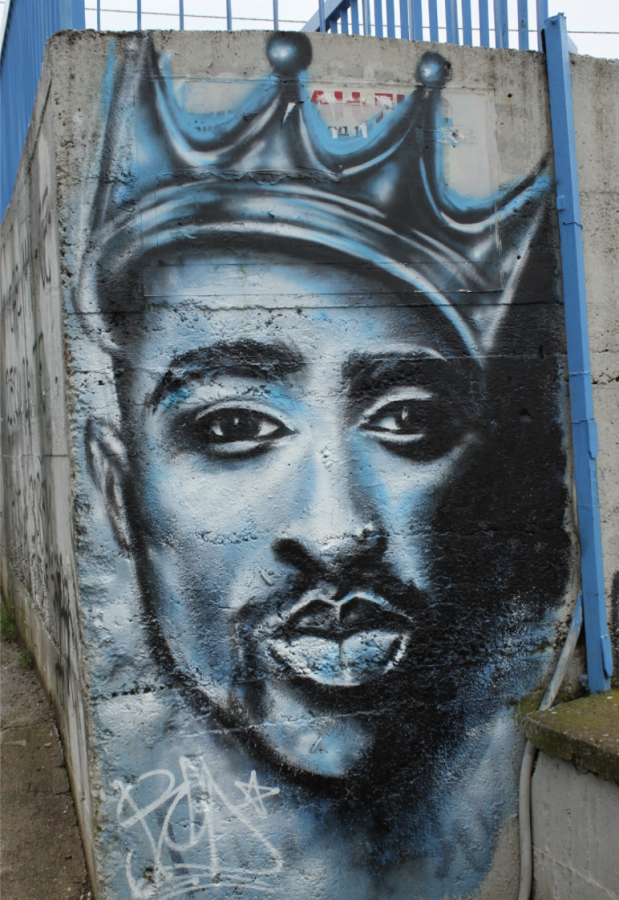 At almost any high school social event, you can always find someone connected to a speaker while blasting rap music. While many may love the popular genre, most are unaware of the broad history.

Rap is relatively new, first officially acknowledged as a genre in the 80’s. “Rapper’s Delight,” by The Sugarhill Gang, which came out in 1979, was the first recognized hip-hop or rap song. The song has a mix of three samples, but has been sampled a total of 254 times and counting. “Rapper’s Delight” was not the first hip-hop song ever made, but it was the first that caused the genre to gain popularity. It peaked at number four on the US charts, took the number one spot on the Dutch top 40, and number three in the UK. The song’s initial release was a whopping 15 minutes long, but pop radio stations picked up a seven-minute version; this was one of the many events that helped spread the genre to a larger demographic.

Although a viral song, the Sugarhill Gang trio received lots of criticism, not because of the lyrics or style of the song but because two of the rappers were from New Jersey, leading people to believe that they did not know much about music.

At this time, rap was largely divided into two different genres: east and west coast rap, the main cities represented being New York City and Los Angeles. While location now has little to no effect on the trends in one genre, it had a heavy influence in the 80’s and 90’s.

West coast is characterized by its tie to funk music, talk of gang violence, anti-police political stances, and it’s more laid back and generally less aggressive sound. While funk originated in the east coast, west coast artists adopted this genre. However, one of the main similarities between the two genres is the storytelling. Artists like Tupac, Ice Cube, Snoop Dogg, and Dr. Dre, all of whom incorporate some elements of storytelling in their music, are known for their significant contributions to west coast rap as a subgenre and rap as a whole.

East coast rap is different from west in many ways. East coast rap used jazz and was known for being more hardcore. East coast rap spoke more about serious issues and brought awareness to eminent situations, such as poverty and crime. East coast style had more complex wordplay with metaphors, rhyme using multiple syllables, and heavy bass. Some well-known east coast rappers include Nas, MF DOOM, the Notorious B.I.G, and the Wu-Tang Clan.

Even though every east coast rapper listed had some influential impact on rap, MF DOOM’s intense rhyming is still unmatched all these years later. His immense ability to rhyme inside and out is a known marker of his style, but rhyming in general is also a typical characteristic in east coast music. MF DOOM encapsulated the art of rhyming with multi-syllables, like a modern day Shakespeare.

Even though both sub-genres belonged to the same root, the rappers often did not get along due to the competitive nature of the genre. One of the most famous rap disputes in history was between Notorious B.I.G. and 2Pac. East coast versus west coast is what the dispute boiled down to.

Even though Tupac is now considered a prominent west coast rapper, this was not always the case. Before Tupac began rapping in the west, he was extremely proud of where he was from. After he moved to California in 1988, he changed his rap name to MC New York to show where his loyalty lay. What caused the switch up? The failed friendship between him and Notorious B.I.G.

2Pac and the Notorious B.I.G., the east coast rapper also known as Biggie, first started off as friends. Tupac took Biggie under his wing for a while and they became extremely close. They performed together and always visited each other when they were in their cities. This all changed when Tupac got caught up. Biggie advised him to avoid joining Jaques Agnant, ‘Haitian Jack’ and Jimmy Henchman.

This was the turning point of their friendship. Then, on November 30th, 1994, Tupac was beaten, shot, and robbed inside the lobby of Quad Recording Studios, while Biggie and Puff Daddy, Biggie’s manager also known as Diddy, were inside. This led Tupac to believe that they were behind the attack. A few days later, Tupac was found guilty and sent to jail.

When Tupac was in jail, his bail was posted for $1.4 million, equivalent to $2.5 million in today’s currency. Even though he was a popular and successful rapper when this happened, Tupac did not have that kind of money. Suge Knight offered to bail him out, and in return, Pac had to join Death Row Records to take down Bad Boy Records, the record label that Biggie and Puff were signed to. After this, Tupac began representing the west coast and California due to him having little to no choice, and feeling betrayed by his old friends in the east.

“Loyal to the Game” is the name of Tupac’s most popular and highly rated album. It was a posthumous album, meaning it was released after Tupac was assassinated in 1996. His killer was never found, but the suspects were Orlando Anderson and Duane David. David admitted to being an accomplice, but Anderson was murdered before he could be charged. Tupac was only 25 years old. Even though he lived a short life and did not have many years in the music industry, he left a great mark and is still remembered as the King of California and the pride of west coast rap.

Biggie was also murdered when he was just 24 years old. Like Tupac, his killer was never charged. The suspects were Wardell ‘Poochie’ Fouse, Suge Knight (who was thought to have orchestrated the killing), and Amir Muhammad. While rap was a hot and up and coming industry to be in, it was dangerous. Many young adults in the rap industry, like Biggie and 2Pac, were the victims of gun and gang violence.

When learning about the origin and style of different rap music, listeners cannot forget to learn about how the African American experience goes hand in hand with rap and many other genres. Rap, along with jazz and funk were all used as resources for African Americans to express their feelings while allowing other black people to feel heard and understood. This is one of many reasons as to why the rap, jazz, and funk music industries have always been dominated by black artists. In order to not dismiss black people’s feelings, stories, and experiences, listeners must remember the origin of this genre before casually rating the music with no awareness.