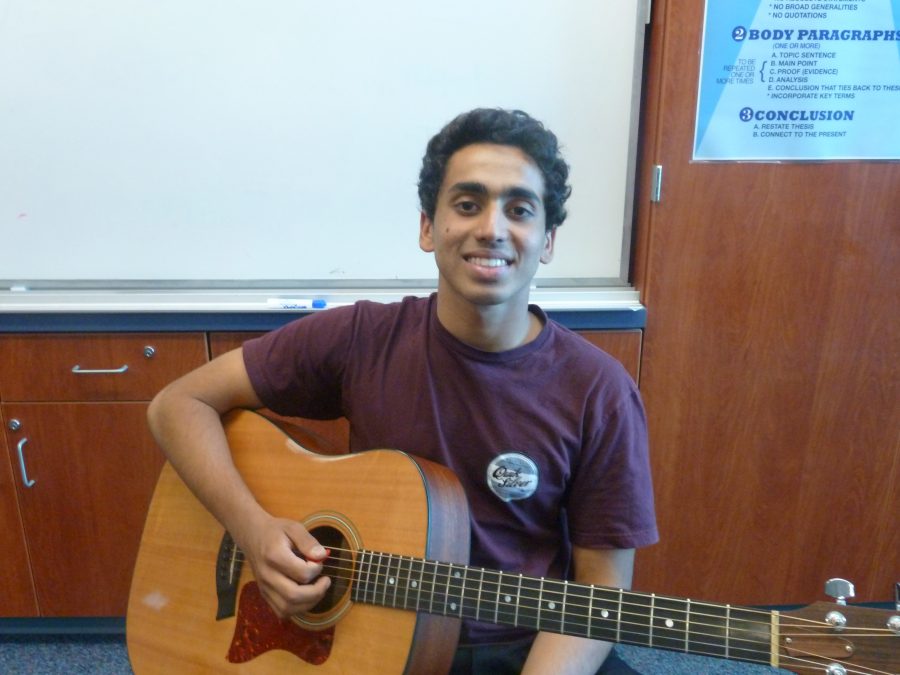 
Shiva Verma (So.) recorded an acoustic version of his band Wirebox’s original song “Friend Zone,” which can be viewed at http://goo.gl/OEV7ZV.
Wirebox includes members Enad Abunimeh and Prithvi Jana, both sophomores at Woodbridge High School. The three friends enjoy playing their instruments together and decided to start a band last year. Each of the members contributes a unique talent to the band. While Verma both sings and plays the guitar, Abunimeh is the drummer and Jana the bass guitarist.
Verma named the band after a wooden box he built to store wires for his instruments. The music of Wirebox is a mix of rock, alternative, and blues influenced by bands like Red Hot Chili Peppers, The Black Keys, Rage Against the Machine, Pink Floyd and Irvine natives Young the Giant.
The band has been featured at various venues throughout southern California. Most recently, Wirebox performed at Chain Reaction in Anaheim on March 22. They have also had gigs at local restaurants, such as Alta Café in Newport and Chapter One in Santa Ana, at bars in downtown Santa Ana and even at middle schools across Irvine.
Wirebox will perform at Malone’s Bar in Santa Ana on April 13, at the final rounds of the Battle of the Bands at Heritage Park in Irvine on May 30 and at the Mariners Church graduation party in Irvine on June 25.

Wirebox will release their EP album Lose Control on iTunes soon, and their music is also available at soundcloud.com/wirebox-1. If you want to learn more about the band, you can visit their website, wireboxband.com.
By AMANDA DANG
Staff Writer