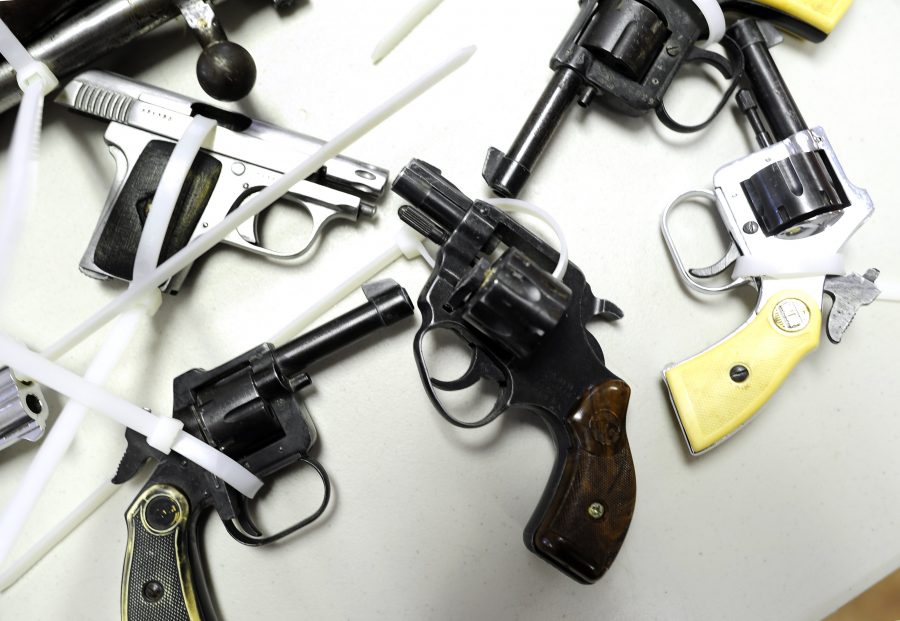 
On Wednesday April 23, the governor of Georgia, Nathan Deal, signed House Bill 60 into law. According to House Bill 60, also known as Georgia’s Safe Carry Protection Act, Georgians may legally carry firearms in a variety of places including schools, bars and government buildings. Two of the bill’s clauses were rejected – “campus carry,” which would have allowed people with permits to carry guns onto college campuses, and another that would have allowed guns inside of houses of worship, unless its leader banned them. The Atlantic Journal Constitution reports that the National Security Agency (NSA) called this “the most comprehensive pro-gun reform bill in state history.”
This bill creates many problems for the average Georgian going through his or her daily life. If you are in a park and you see someone with a handgun on his belt, what do you do? Call the police? That sounds like the safest plan. However, once this law comes into effect on July 1, calling the police will do you no good. With the Safe Carry Protection Act in place, the police are not allowed to detain someone for the purpose of asking to see a gun license. The police officer that does so could be sued.
This move by the Georgia government certainly favors the interests of the pro-gun population. Along with these gun laws, convicted felons are allowed to possess firearms to use for acts of self-defense. This law may mobilize dangerous and convicted felons to commit more acts of violence. All a convicted felon needs to do is claim “self- defense” in a shootout and he or she could be off the hook.
Money will also be an issue in enacting this law. Who will be paying for all the screening at the entrances of government buildings now that it is perfectly legal to bring a firearm inside? Taxpayers. The government will be using taxpayer dollars for a law that could put those same taxpayers at risk. Just a few days ago, the Assistant District Attorney in Georgia was shot and put in critical condition. The shooting occurred at a park while the District Attorney was sitting in his car. On top of this, an unidentified second victim was shot as well. House Bill 60 forces taxpayers to pay for the select few who want shiny guns to flaunt all over Georgia. Only approximately 5% of the population of Georgia owns guns, reported by CNN. Loosening gun laws will not reduce violence. The United Kingdom, for example, has one of the strictest policies on guns, and also one of the lowest gun homicide rates in the world, according to the BBC. American gun policy makers must tighten our gun laws in order to prevent crime. It is time we wake up and stop legislating in the wrong direction.
Written by TYLER DOAN
Staff Writer
Delete Image
Align Left
Align Center
Align Right
Align Left
Align Center
Delete Heading