#alexfromtarget: The Dark Side of Fame and the Influence of Modern Media 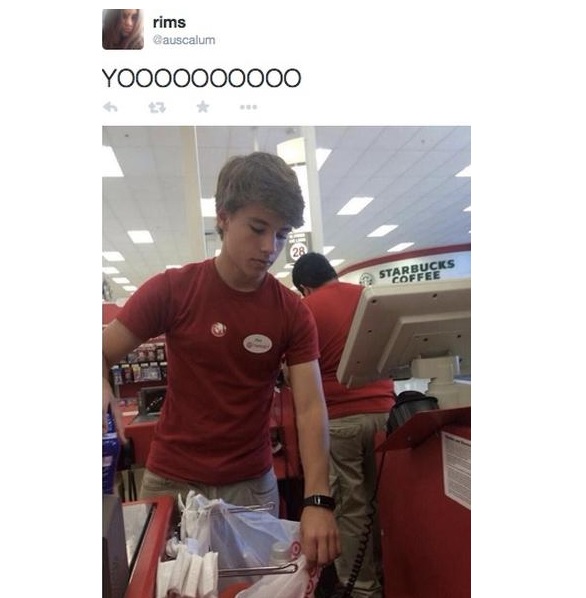 By EMILY CHEN
Staff Writer
Only a month ago, Alex Lee was an ordinary sixteen-year-old boy from Texas. Today, he is featured on prominent talk shows and plastered across news sites as the affectionately known “Alex from Target.” After a surreptitiously taken picture of Alex was posted on Twitter, the Internet buzzed as teenaged girls everywhere scrambled to find out who this boy was.
Alex was catapulted into the spotlight, with top news outlets like CNN and the Washington Post featuring him on their websites and talk shows like Ellen welcoming him to discuss his experience in the limelight. He went from 144 Twitter followers to an astonishing 750,000+ followers and has since enlisted the help of John Shahidi, the founder of Shots, a teen-centric, selfie-sharing app. He has worked with Justin Bieber and will help manage the overwhelming amount of attention that Alex has been receiving. However, Alex has brought detractors as well, who relegate him to the heap of “famous for nothing” celebrities.
Since becoming famous, Alex has received death threats and marriage proposals from crazed fans. A plethora of rumors are also swirling around him, including one that claims that he has been fired from Target. Alex still has a job at Target, but now he works in the back instead of as a cashier. Lee recently said in an interview with WFAA, an affiliate with ABC, that, “The whole Alex from Target thing is starting to get old.” This statement, which came around a month after his rise to fame, was in response to the fact that he has had to avoid being out in public. In an interview with The Times, Alex said, “I’ve been in the house the entire time… I’m kind of scared to go in public.”
Alex has publicly discussed his struggle with managing his newfound celebrity and trying to find the balance between taking advantage of his momentary fame to promote himself and protecting his right to privacy. He has been thinking of selling “Alex from Target” merchandise and has also been accosted by modeling agencies offering lucrative contracts, but he has also declined a substantial number of interview and appearance requests, accepting only a select few.
In regards to Alex’s sudden ascension to global fame, Michelle Thorlund (Sr.) says, “After I heard about the whole ‘Alex from Target’ story, I thought about how crazy it was that this one girl who decided to post a picture of this stranger could have the power to change his entire life.” Flora Chang (Sr.) agreed, saying, “I don’t think ‘Alex from Target’ warrants this much fame, and it’s almost ridiculous how so much attention is focused on him, when there are more deserving issues out there.”
Alex came into the public eye because an ordinary girl who came into possession of his picture decided to publicize it. Since then, Alex has enjoyed the benefits of fame and has traveled around the U.S. through appearances on talk shows. However, these benefits came at the detriment of his privacy. Alex’s father, Eric Fooks, has stated in The Times along with the death threats, the family’s privacy has been violated with the release of personal information, such as social security numbers, phone records and bank accounts.
The “Alex from Target” incident heightens our awareness of the media’s influence and power. The media is a double-edged sword with the power to both elevate and harm, but it can also serve as a vehicle of change. The “Alex from Target” story exemplifies the undeniable clout of the media, showing us that we have not fully actualized the potential of the media’s influence as a means of implementing change or spreading awareness regarding the more pressing issues of our generation. As the media was instrumental to the reach and longevity of “Alex from Target,” we were also responsible in contributing to feeding the hype surrounding “Alex.”
While Alex’s experience has been positive overall, we also see the damaging effects of his fame every day, with social media users calling him vulgarities and fabricating stories about him. When we project our own problems onto celebrities—who sacrifice their privacy for their job and are left vulnerable to the critics who pick them apart— we often say more about ourselves than we do about them when we make remarks about them. Although “Alex from Target” is neither urgent nor necessarily significant news in itself, the phenomenon is a prime example and reminder of the omnipotence and credibility of the media.
Delete Image
Align Left
Align Center
Align Right
Align Left
Align Center
Delete Heading