With Landon Donovan heading into retirement, the fate of the U.S. soccer national team is unclear 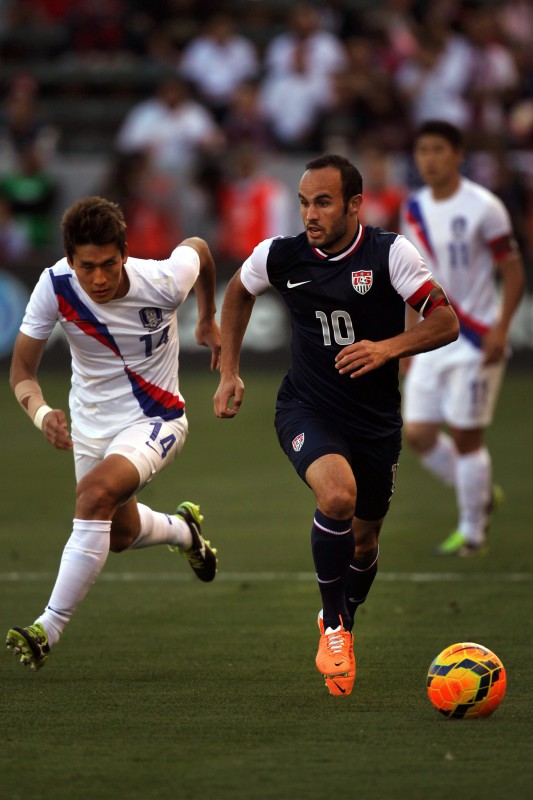 By TAYMOUR MOWAFAK
Staff Writer
Star player Landon Donovan has been a crucial player for the United States throughout the years. He has led the team to the sixteenth round in the 2010 World Cup with his crucial last minute goal against Algeria. He has also scored the most goals in the history of the national team. Some say that Donovan was the “founder” of soccer in America for his outstanding performances during the last 16 years. “I put soccer in its relevant place,” Donovan said in an interview with USA Today.
Despite his accomplishments, Jurge Klinsmann cut him from the 2014 World Cup roster, which shocked the whole nation because many expected that he would wear the captain armband and carry the team. This is believed to be a leading factor in his retirement, considering his age. The legend will retire from his club team in the end of the Major League Soccer (MLS) season.
“Landon Donovan is one of the most significant figures in the history of soccer in the United States,” L.A. Galaxy coach and former U.S. coach Bruce Arena told CNN sports. “His influence on MLS and soccer in this country will continue to be felt for many years to come.”
Some supporters stated that losing Donovan will cause the U.S. to abruptly collapse, while others keep their hopes high, saying that the team will function better with the addition of the youngsters to the roster. Clint Dempsey carried the team in 2014 and is expected to take over Donovan’s spot. Dempsey has played with the U.S. team for ten years, and has made a lasting impression by scoring 39 goals in his 110 appearances. Vijay Sachet (Sr.) said; “The U.S. national team is still under development and will only further improve. With youngsters like Deandre Yedlin and John Brooks, the team will probably not suffer a lot with the loss of Donovan. But as of now, Dempsey is in charge and he has to keep the wheel turning”.
All the players are currently on club duties and will not reunite until 2015, when they will begin their race to capture a spot in the World Cup.
Delete Image
Align Left
Align Center
Align Right
Align Left
Align Center
Delete Heading