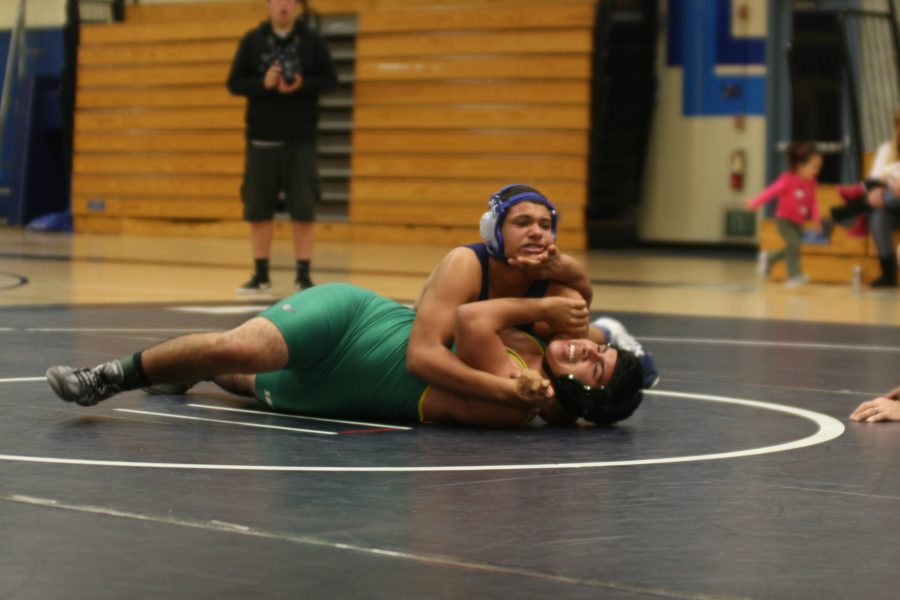 Jordan Elam (So.) holds down his opponent in the third round. (Zilin Zhou)

By TYLER CASHMAN
Staff Writer
The University High School (UHS) wrestling team kicked off the season on Wednesday, December 10. The Trojans were matched up against Kennedy High School (KHS), and defeated the Fighting Irish  48-27.
Some key players include John Farah (Sr.), Danny Gilbertson (Jr.), Cameron Fatari (Sr.) and Joshua Gonzales (Jr.). Farah and Gonzales were able to quickly pin down their opponents in the first period. Gilbertson was able to pin his opponent in the second period, and Fatari pulled through to pin his opponent in the third and final period.
Coach Peter Alix (English Dept.) was excited about the win, noting that “this was our first win of the year and we are headed straight into league.”
The team’s victory shows signs of a promising upcoming season.
UHS’s next match is against Irvine High School on Saturday, December 13.