Leelah Alcorn and the need for LGBT equality 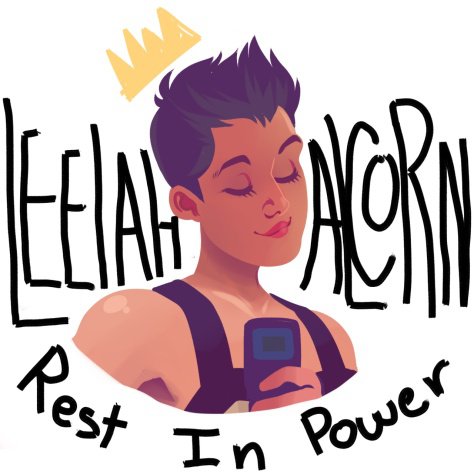 By CAMERON DIIORIO
Staff Writer
On December 28, 2014, a boy jumped in front of a truck and killed himself. Or he was a boy, but only physically. But in reality, this person, despite the male anatomy, was a female, a gender that her parents refused to acknowledge. This lack of acceptance ultimately led to her death.
Leelah Alcorn, born Joshua, was around four years old when she realized that she was not meant for her body. Quoted directly from her suicide note, which was posted on Tumblr the day of her death, she said that “when I was around 14 years old, I learned what transgender meant and cried tears of happiness.”
Leelah, who was raised in Cincinnati to parents Carla and Doug Alcorn, attended the Northeast Church of Christ. Her parents were extremely religious, and when Leelah came to terms with the fact that she was a transgender, her parents told her she was wrong. She became depressed and found herself hating who she was. She could not be who she was meant to be.
When Leelah turned sixteen, she asked her parents to put her on hormones, so she could start making her biological transition from male to female. Her parents refused and ended up sending her to therapy. Although it was meant to help her, her therapists were strict Christians and, according to her suicide note, told her that she “was selfish and wrong and that [she] should look to God for help.”
Eventually, Leelah slipped into further depression and was pulled out of school when she came out as gay to her classmates. Although her peers were very accepting and supporting, her parents did not like that decision and worried it would ruin their family image, thus isolating Leelah further. The truth of the matter is she was pushed so far by her parents that she could no longer bear to live.
The irony of her parents’ disapproval, which was based in their Christian beliefs, is that not once in the Bible does it say that it is wrong to feel like a stranger in your own body and do something about it. In fact, the Bible says nothing about being a transgender. So why do some Christians think that acting like Leelah is wrong? Why are children like Leelah all over America hanging themselves and jumping in front of cars? Why are children dying because their strictly religious parents are telling them that they cannot be themselves?
I was devastated when I discovered the news of Leelah’s death. It is heartbreaking to learn about members of the LGBTQ+ community falling victim to the pressures of their families telling them they cannot be who they are. Leelah deserves the right to be herself. She does not deserve conversion therapy, and she does not deserve isolation. She deserves to be a girl.
Even after her death, Leelah’s parents continuously misgendered her. Carla Alcorn, Leelah’s mother, wrote on her Facebook that “we loved him unconditionally. We loved him no matter what. I loved my son. People need to know that I loved him. He was a good kid, a good boy.” Mrs. Alcorn refused to acknowledge the fact that her child may have been her son at one point, but her child was now a female.
The post outraged many transgender activists. The author of a Salon Magazine article critiquing Carla Alcorn’s misgendering said that the sentence “He was an amazing boy’ reveals a tragic lack of understanding of the word ‘unconditionally,’ even in death.” Yes, it is obvious Alcorn loved Leelah. Inevitably, a parent loves his or her child. Salon magazine is right too, however. Did Carla Alcorn really love her child unconditionally? By refusing to acknowledge the fact that it was her daughter who killed herself and not her “amazing boy,” Carla Alcorn put conditions on the love for her child.
When will this injustice for transgender people end? The T in LGBT is there for a reason, and that reason is to raise awareness of the oppression that transgender men and women tackle on the daily. As Leelah said in her suicide note, “The only way I will rest in peace is if transgender people aren’t treated the way I was, they are treated like humans, with valid feelings and human rights.”
Transgender people are far from treated equally, but Leelah Alcorn’s death has raised awareness to people all across the United States. Trends such as #LeelahAlcorn and #ProtectTransKids reached national acclaim on Twitter, as well as multiple Facebook pages demanding justice for Leelah and petitions preventing conversion therapy.
As Leelah said, “Gender needs to be taught about in school; the earlier the better.” Gender does not fall on a binary scale. Some people do not fit the label of male and female. Agender, nonbinary and gender queer people exist, as well. Maybe some people are gender fluid and dress in boy’s clothes on one day and girl’s clothes on another. However, most children are uneducated in their own gender identities because schools do not teach anything about LGBT. If gender is taught in schools, children like Leelah Alcorn can finally put a label on the sinking feeling in their stomachs, the feeling that maybe their physical attributes are not meant for them. Children will learn that not everybody fits into the bodies they were born in, and maybe they will grow up to be more tolerant.
Leelah Alcorn’s death could have easily been prevented. She should not have been pushed to the brink of suicide. She should not have been forced to sustain the emotional and mental abuse from her parents. Her parents should have disregarded their religious affirmations and unconditionally loved their daughter. However, her death will not be in vain. She will rest in peace knowing that with her death, a movement has started.